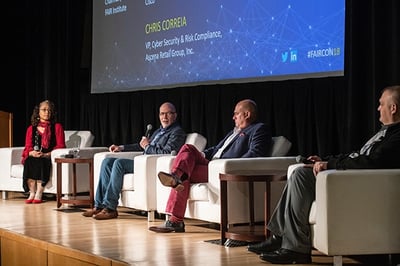 How do you move your organization off an opinion-based approach to risk management and on to fact-based discussions, with quantitative risk analysis as the starting point?  In this panel discussion from the recent 2018 FAIR Conference, Chris Correia, Vice President, Cyber Security and Risk Compliance, Ascena Retail Group, La’Treall Maddox, Strategy Risk Operations Manager at Cisco Systems, and Joel Baese, director of the governance and decision science organization at Walmart, talk about their pioneering work introducing FAIR and changing the decision-making process. The panel is moderated by FAIR Institute Chairman Jack Jones.

Here are some of their tips from the FAIRCON session:

Read more about the 2018 FAIR Conference.