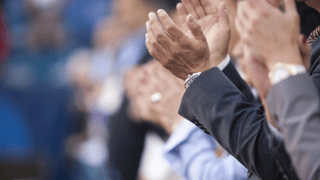 At the FAIR Conference 2017 in Dallas, October 16-17, The FAIR Institute will honor risk management leaders for their initiative, ingenuity and contributions to information and operational risk management.

You can submit your nominations for two categories, Business Innovator and FAIR Champion, to recognize business-minded risk officers and FAIR practitioners respectively. The 2016 FAIR Conference Business Innovator winner was Christopher Cooper from Reinsurance Group of America, Inc. The FAIR Champion Award was given to Joel Baese from Walmart, a panelist at this year's conference.

You can read more about the nomination criteria for both categories, last year's winners, and submit a nomination on the Awards and Nominations page.

To be considered for this year's awards, nominations have to be submitted by September 15, 2017.

The awards will be announced during the Lunch and Awards Ceremony sponsored by OpenSky. You can check out the full agenda for FAIRCON17 for more.

Luke Bader is Director, Membership and Programs for FAIR Institute