How to Delegate Risk 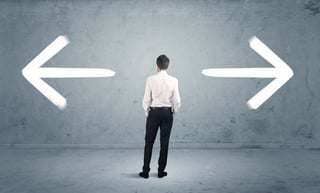 In all but the smallest organizations, decisions of one sort or another are made at various levels and by many people.

Since every decision is partly a decision about risk, organizations delegate the responsibility for risk management and the authority to make risk decisions (for short, “delegate risk”) in the same way they delegate decision-making authority.  That is through the organizational reporting structure of who reports to whom.  That’s the same way budgets are parceled out to lower organizational units.

What’s different about delegation of risk is that the financial impacts (loss magnitudes) do not add up the way budgets do.  If I have a divisional budget of $1 million, I might set department A’s budget at $400,000 and department B’s at $450,000, and reserve a budget of $150,000 for my headquarters operation.  That’s a necessary mathematical equality.

But to see how the math of risk is a bit different, let’s take the hypothetical example of a CIO who has two data center directors reporting to him, one for the primary data center and one for the backup. 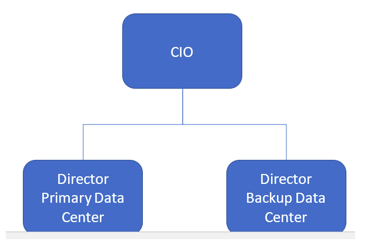 Suppose the CIO and his two directors have collaborated on FAIR analyses of the distributions of potential losses for the two data centers for the coming fiscal year.  They agree as follows: 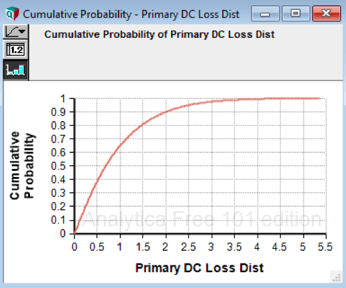 (Note that the loss scales are equal, so that $2.5M of loss is the same horizontal distance on both charts.) 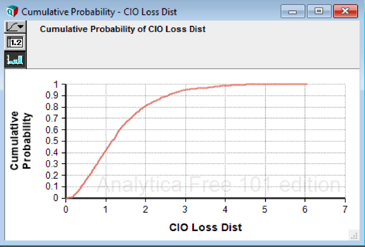 The CIO does a Monte Carlo simulation that for each trial adds the losses of the two data centers.  He finds that his 90% point is $2.5M, a good bit less than $3M.  His loss distribution is shown on the same scale.  The effect is even more pronounced at the 95% level, where the difference is $750K.  However the means and medians do add, approximately, as do the maximums.

The conclusion is that the way that risk rolls up in the org chart is a bit different than the way that expenses do.

Still, $2.5M is a lot of money even for the CIO’s budget. And there is a good chance he will not need much of it.  How should he treat that risk?

Together with the CFO, they decide to buy an insurance policy with a maximum payout of $2M, and self-insure for the deductible and any loss over $2M.  Based on the analysis, and the fact that it survived multiple challenges from all the stakeholders, the CIO and CFO both feel comfortable that they understand the risk of loss in the data centers and have covered the risk prudently.

The same kind of thinking applies to program risk.  Suppose I am bonused on an objective to reduce the unit cost of widgets.  I have a bonus at risk if I fail.

Each of them can earn a bonus for achieving their goal, so each has some risk of failure and something to lose if they do.  But I still own all their risk, plus my own risk for designing and managing the program.  My boss owns the risk of my failure.  And so on up the line, another example or risk being delegated in the organization.

What has this got to do with the FAIR model?

All the ideas and terminology of FAIR still apply.  The loss magnitude is the loss of the bonuses to the individuals.  To the company, the loss magnitude is the cost reductions not achieved if the program fails.  The threats are all the factors that could prevent the program from succeeding.  The thinking is the same as with cyber risk, showing once again the generality of the FAIR ontology.  Risk appears in all human endeavors, and needs to be managed.