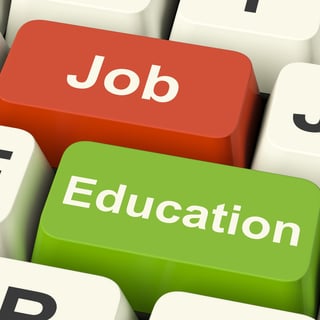 The Open Group blog profiled FAIR Institute academic partner, San Jose State University (SJSU) and the coursework taught by FAIR Academic workgroup chair and SJSU lecturer, Mike Jerbic. Jerbic teaches two courses that leverage the FAIR model and has introduced FAIR to his students as not only a cost–benefit analysis tool but also as a potentially lucrative skill for future employment. See how one school is bridging the gap between the classroom and the boardroom in the article below.

Over the past few years, employers have become increasingly concerned about how prepared graduating college students are to enter the workforce and whether they possess the skills that companies need. A new partnership between The Open Group and San Jose State University (SJSU) in San Jose, Calif. is trying to address this problem using the Security Forum’s Open FAIR program as basis for helping students to not only understand and analyze risk but to gain valuable skills that they can take into the workplace.

The Open Group member Mike Jerbic, principal consultant for Trusted Systems Consulting Group, has actually been teaching Open FAIR to students in the Economics department at SJSU for a number of years. Jerbic originally got involved with the university after deciding to return to school to study economics, receiving a Master’s degree in 2009. He enjoyed the department and the program so much that he wanted to teach in the department afterwards. Since 2010, he’s been teaching a course in writing for economics and critical thinking.

According to professor and former Economics department chair Lydia Ortega, the economics department at SJSU is very entrepreneurial. They like to hire lecturers who work in Silicon Valley to help give their students a taste of what the real world will be like outside of academia.

“When we find these treasures, we offer them a teaching job part-time teaching classes that are supported by their experience,” she says.

Ortega says one of the challenges the department has faced is that many of the students coming into colleges and universities today have learned how to be really good at memorization and answering questions geared toward passing tests but they are lacking the critical thinking skills they need to analyze and solve problems, a skill they’ll need after graduation. As such, both undergraduates and graduate students in the Economics department are required to take a writing course that teaches them critical analysis and critical thinking.

“Mike’s class is one of the most demanding writing classes around,” says Ortega.

In his classes, Jerbic uses the Open FAIR body of knowledge, comprising the Risk Taxonomy Standard and Risk Analysis Standard as a “mini economic discipline,” he says. Because Open FAIR contains both a risk taxonomy and guidance for doing risk analysis, the students learn how to understand both the terminology associated with risk as well as how to assess risk.

Ortega says Open FAIR is ideal for use with students of economics because the program provides students exactly the kind of cost/benefit analysis and thinking the department wants its students to lead with and learn. Since the standards are used for cybersecurity projects, it also gives students a taste of how companies assess their security risks in the real world, says Jerbic.

“It’s the only way I’ve seen people attempt to perform a cost/benefit analysis for security projects,” Jerbic says. “It’s the only quantitatively, economically reasoned approach I’ve seen to defending and arguing whether the benefits exceed the costs for risk programs. I’ve also used it for contexts in public safety and public policy.”

Jerbic’s class has been so successful in getting students interested in risk analysis that he has also started to offer a certification course to students where they can become certified through The Open Group Open FAIR™Certification Program. He’s had seven students become certified thus far, and one student has already gotten a job as an economist doing risk analysis at one of The Open Group member companies. Another student has recently received an internship offer for a risk analyst role at a local start up in Silicon Valley.

“I’m trying to get more economists involved in cyber risk management fields,” Jerbic says. “I want to get that thinking better represented. I want to see our graduates have different or expanded career opportunities. And I want them to see themselves as contributors to the private business sector world in fields that they would not otherwise have thought about. That was a lot of my motivation for the academic program with The Open Group.”

In addition to teaching Open FAIR in his writing classes, the Security Forum is piloting a program this summer with the university having SJSU graduate student John Linford help to write the Open FAIR Process Guide under Jerbic’s mentorship. Because SJSU is an Open Group member, students and faculty are eligible to attend meetings and work on current projects with the various forums of The Open Group. As such, Linford is working directly with members of the Security Forum on the Process Guide.

Linford, who has served as a teaching assistant in Jerbic’s writing class, says he has used the Open FAIR analysis method himself for a number of the papers he’s written for the economics department. An avid cyclist, he says in one paper he used Open FAIR to do an analysis of the severity of bicycle collisions with motor vehicles. “I definitely use the Open FAIR way of thinking to go about what information I needed to get, how I’m going to get that information and how I’m going to decide if it’s worth doing anything about it,” he says.

Linford says one of the things he appreciates about Open FAIR is that it provides a foundation for people to have conversations about risk without “spending 45 minutes trying to figure out what the heck someone means when they say ‘risk’ in the first place.” Working on the Process Guide has been beneficial because he’s been able to further that work, he says.

“It’s been really cool being able to work on a project that’s keeping that going, especially with the Process Guide where it is actually working through how you go about doing one of these analyses,” Linford says.

Ortega and Jerbic hope to extend this pilot program with The Open Group to get even more students involved in helping with real-world standards projects. Jerbic calls the program a “triple win,” because it helps provide work experience for students, The Open Group gets to accelerate its projects and it frees the members from spending cycles on tactical tasks so that they can concentrate more on ideas and strategy in the Forums and Work Groups. Although the pilot is currently being done only with the Security Forum and Open FAIR, Jerbic believes the model could easily extend to other Forums and Work Groups and to other colleges and universities.

“I think this model would easily transfer to the Architecture Forum, for example, maybe using different areas of expertise or disciplines,” Jerbic says. “I think economists are vital for understanding Architecture. EA could benefit from engagement with the social sciences.”

Ortega says she believes preparing their students to think and providing them communications and human capital skills is vital for preparing students for the workforce. “Having this kind of work under their belt will make them more confident, more marketable. We’re already getting feedback from alumni who use the skills we give them in the interviewing process,” she says.

These skills are important for all students, but they are particularly helpful for students at SJSU, many of whom are first generation college students. Giving them opportunities and providing experiences that help them believe that they can have a seat at the table helps both the students and potential employers, Jerbic says. And it can have an impact on the diversity problems in the tech sector.

“I’ve seen how transformational it can be in a student’s mind if you can give them that experience,” Jerbic says.

Providing recognition for the students is also important, says Jerbic. For example, he says that it was extremely meaningful for students in the department that The Open Group President and CEO Steve Nunn came to their commencement ceremony this spring and formally recognized the students in the program. “Recognition is vital to the success of this type of program,” Jerbic says.

Ortega believes that the kind of dialogue between industry and academia that SJSU and The Open Group are engaging in is extremely beneficial for everyone involved.

“I think it’s important for the computer world and organizations like The Open Group to cultivate this kind of thinking and demand it from the academy. Business has a say in what academics do.”

Jerbic agrees. He believes there is a lot of opportunity in such partnerships.

“I think The Open Group could be a leader in how to work with this vast, untapped resource,” he says.