A Review of NIST CSF 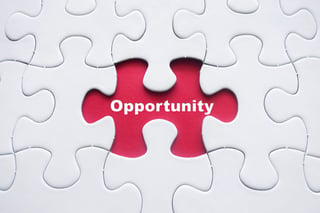 Giving credit where credit is due

The people who designed and contributed to the NIST Cybersecurity Framework (CSF) clearly put a lot of thought into it, and this is demonstrated through some important positive aspects:

As I mentioned in my first post, checklist frameworks have no analytic underpinning. In other words, they don’t — they can’t — help an organization understand which missing or less mature components are more important than others or how much less risk the organization will have if it improves one or more of the components. For example, does improving Maintenance by a single level of maturity gain an organization more than improving Access Control by two levels?

The impact of this limitation boils down to two rather important things:

First, the obvious. No framework is or ever will be perfect, particularly when it first comes out of the gate. Maybe in a future post, I’ll share some glimpses into the earliest versions of FAIR, which would serve as a good, if somewhat embarrassing, example.

That being the case, the following are some of the ways in which I believe the NIST CSF can be improved:

In this example, it's clear that the first three elements are the kinds of things you would do to protect your health. Therefore, it is redundant to ask if the family members' health is protected, as this can be derived from the answers to the other elements. Likewise, subcategories in NIST CSF that end in “...are protected” feel like specific use-cases so-to-speak that for some reason were called out for explicit attention. While this isn’t necessarily a critical deficiency in the NIST CSF, for the sake of clarity and logical consistency, I’d suggest that if there are specific parts of the risk landscape like data-at-rest, data-in-transit, etc. that deserve explicit measurement, that a separate part of the framework be developed for those to be evaluated rather than scattering them throughout the existing Functions.

As far as I can tell, these should be relatively easy changes to make. Then again, I wasn’t part of the original development effort for the NIST CSF, so I don’t know if any of these issues were already discussed and hotly debated, or what other considerations might be in play.

The bottom line is that given the quality of other NIST materials, I have high confidence that the NIST CSF can eventually become a rock-solid framework.

In Part 3, I’ll flesh-out some of the ways in which the FAIR analytics model can be used to supplement risk frameworks such as the NIST CSF.